Kyoko Baertsoen graduated with a degree in singing and German flute at the Music academy in Deinze, Belgium.

After graduating as a television director, her first breakthrough led her to become the lead-singer of the band Hooverphonic with which she toured throughout Europe for three months.

Following this experience, she parted ways with Hooverphonic to become the composer as well as the lead-singer of Lunascape for several years, a band that released in total 3 full albums.

The greatest achievement was the single “Tears from the moon” that Kyoko wrote in LA with Rick Nowels (Lana Del Rey, Kylie Minogue, Madonna) and Billy Steinberg (Madonna, Dido).

Covered by Sinead O’Connor, the song was used in “Lara Croft’s Tomb Raider” as well as a commercial for Dorna Mineral Water (coca-cola).  DJ Tiësto’s Remix of “Tears from the moon” earned him third place in the Billboard dance charts.

Kyoko also played a role in the 3-D IMAX movie “Haunted Castle” in which she sang the very enchanting Lunascape’s “Lane Navachi”.  The band was also asked to write the film score of another IMAX 3-D movie called “SOS Planet”.

She performed in many clubs and festivals.

Recently, she went on tour with DJ Buscemi and the American band ‘Conjure One’.  Leadmember is Rhys Fulber, who wrote ‘Silence’ for Delirium.

Kyoko has with her unique timbre a very warm and sensitive voice that can be used in many genres.

Her big examples are all kinds of singers with a big personality and special timbre like Allison Goldfrapp, Annie Lennox, Elizabeth Fraser, Lisa Gerrard and Sinead O’Connor.

In 2017 she finished her first solo-album, that she co-wrote with producer and songwriter Jan De Block.

During the pandemic, Kyoko wrote a new album with Ronald Vanhuffel: Basa Mortuko. 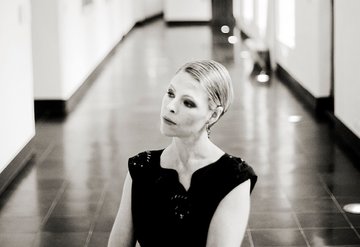 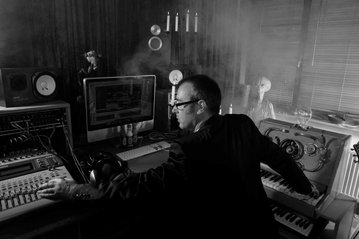